Schoolchildren, pensioners, parents and neighbours joined forces for a protest walk against  plans for a gas-fired power station at Old Hutton near Kendal in Cumbria.

More than 60 people walked the half mile route from Old Hutton Primary School to the proposed green-field site.  Kendal MP Tim Farron and local councillors were at the start of the walk from the school just a few hundred metres downwind of the green-field site where 11-metre high chimneys were set to emit fumes from 11 diesel generators at the proposed plant.

The walk gained publicity for the huge community effort which culminated in the Old Hutton power plant plans being turned down for the second time in November 2018.  The walk demonstrated the proximity of the proposed power station to the local school, and at the same time celebrated the beautiful vista of rolling ‘drumlins’ which characterise the countryside corridor between the Lake District and North Yorkshire National Parks.
In January 2018 the original plans for a gas-fired power station and battery storage on the green-field site were rejected by South Lakeland District Council on the grounds of the adverse visual impact and inappropriate industrial development in a rural location.

Developer Statera Energy then submitted new plans for a standalone so-called ‘peaking power station’. But campaigners successfully argued that the original objections were still valid, and voiced concerns about emissions from the plant so close to the primary school, and huge volumes of construction traffic negotiating the narrow country lanes. They also feared the development would increase the risk of local flooding and open the way for further industrial use of the site.

Tragalgar PR Director Chris Nelson chaired the action group fighting the plans. He explained: “Other power stations of this kind have been sited on brownfield sites or within industrial zones. These proposals don’t fit with the local plan or South Lakeland District Council’s support for green energy projects. It will deliver absolutely no benefits to the local area, and the lower chimney heights will mean less effective dispersal of NOX emissions from the plant just a few hundred metres upwind from our village primary school.” 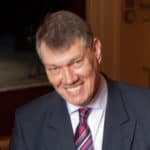